Many market commentators expected a slightly more dovish Federal Reserve meeting on the 26th of January 2022 with economic data already showing signs of slowing and the Nasdaq having already fallen 15% from its highs.

44% of Nasdaq securities have now fallen over 50% from their highs, and retail traders’ favourites such as Peloton and Robinhood have both fallen over 85% from their peaks.

However, Fed chair Jerome Powell stunned the financial markets with a series of hawkish soundbites.
"I think there’s quite a bit of room to raise interest rates without threatening the labor market."
"Inflation risks are still to the upside in my view."
"The CPI print at a multi-decade high is a high class problem."
"Asset prices are somewhat elevated." 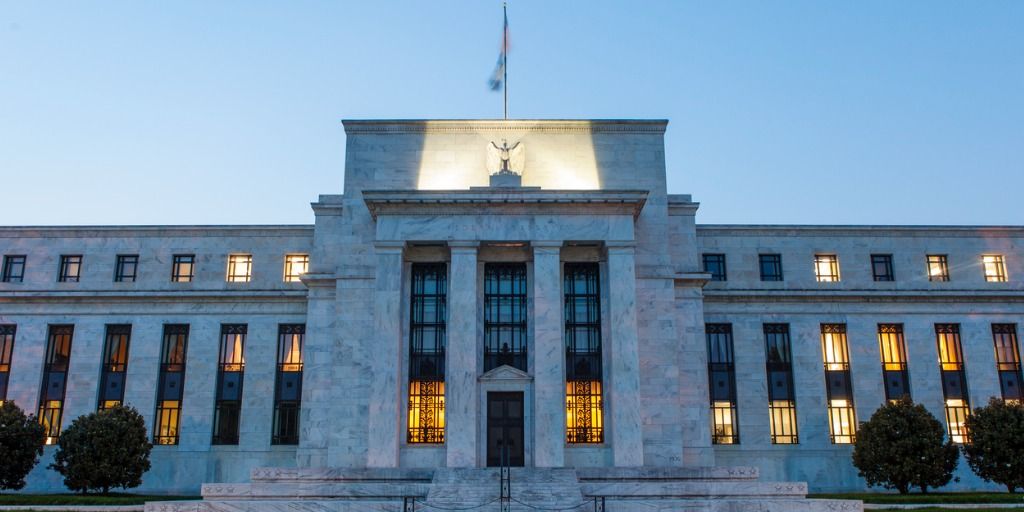 He said the committee was "of the mind to raise rates at the March meeting" and that "the size of the moves had not been determined", leaving the door open for a 50-basis point move.

Related article: Disruptive Innovation in Financial Services: What 2022 has in Store

He also made it clear the QE taper (quantitative easing reduction) would be completed by March and QT (quantitative tightening) would also begin imminently.
In reaction to the press conference the US 2yr bond yield suddenly jumped by more than 2 standard deviations, its biggest rise since March 2020, with commentators suddenly repricing their interest rate expectations.

Nomura now forecasts a 50bp hike in March followed by another four 25bp rises this year.

Chart 1. The AUDUSD Aussies dollar falling after the Federal Reserve meeting and about to break below a key 0.7000 support level. (Source: Bloomberg)
Raising interest rates are obviously the central bank’s key monetary policy tool which will tighten monetary liquidity and have an immediate impact on the housing market, specifically mortgage lending.

The sharp repricing of the bond curve has implications for other asset classes as well. Equities immediately took another leg lower, and Bridgewater, the largest hedge fund in the world, now ‘sees an S&P 500 drop of up to 20% before the Fed blinks.’

Related article: What Will the IPO Market Look Like in 2022?

More money was invested in global equity markets in 2021 than in the previous 19 years combined (source: Bank of America Global Research), and this long and leveraged position is now under significant pressure, which reduces liquidity and increases volatility.

With U.S. yields rising, the dollar suddenly jumped higher as well, and the EURUSD broke down through key support at 1.1200.

The strong dollar has negative implications for emerging market countries which hold over $12.5 trillion of dollar denominated debt (Bank for International Settlements).

Oil, however, has actually pushed higher with WTI now at $87.50. This is in response to the situation between Russia and the Ukraine, the higher oil price of course adding to the Fed’s inflation fears.

Chart 2. EURUSD has suddenly broken down through key 1.1200 support level (Source: Bloomberg), expect further U.S. dollar strength.
What has commentators confused though is that forward looking indicators continue to point to economic growth stalling and inflation actually drifting lower, back into the Fed’s target range by Q4 2022.

In that case, an aggressive central bank raising rates into a slowing economy could have grave consequences for long term growth and asset prices.

Chart 3. A flattening yield curve (10-year yield minus 2-year yield) implies a slowing economy and has 100% track record in predicting recessions every time it has inverted. (Source: Bloomberg)
For now, Powell is fully focused on taming inflation, "this cycle is different" he said, as forecasts are thrown out of the window.

Expect a volatile few months ahead.