Macroeconomic developments can have far-reaching effects on financial markets.

Understanding how economists conceptualize and measure key aspects of the economy is important for those seeking to predict and model the impact of changing economic conditions on markets.


Here are eight key areas of economic analysis you need to understand to grasp this area of finance:

Economic indicators are data, or statistical series, on key economic variables recorded at regular periods of time. They include data about every aspect of the economy such as population and employment, government spending and revenue, and consumer spending.

Related article: How to Become an Asset Manager

Even if you have never studied economics, you have probably heard of GDP.

GDP or gross domestic product is the most widely used economic indicator in financial markets.

GDP is an estimate of the total size of an economy.

Because economies are large and complex, statisticians use various different methods to estimate GDP. GDP can be estimated using data about spending, income, or production.

Ultimately, all of these methods are based on the purchase price of goods and services within the economy.

Therefore, when using GDP estimates, and especially when comparing them over time, it's important to consider the impact of rising prices or inflation.

Economists often use GDP as a measure of living standards, although it has several limitations.

There are also important factors to consider when using GDP estimates to compare living standards across countries, including differences in population and currencies. 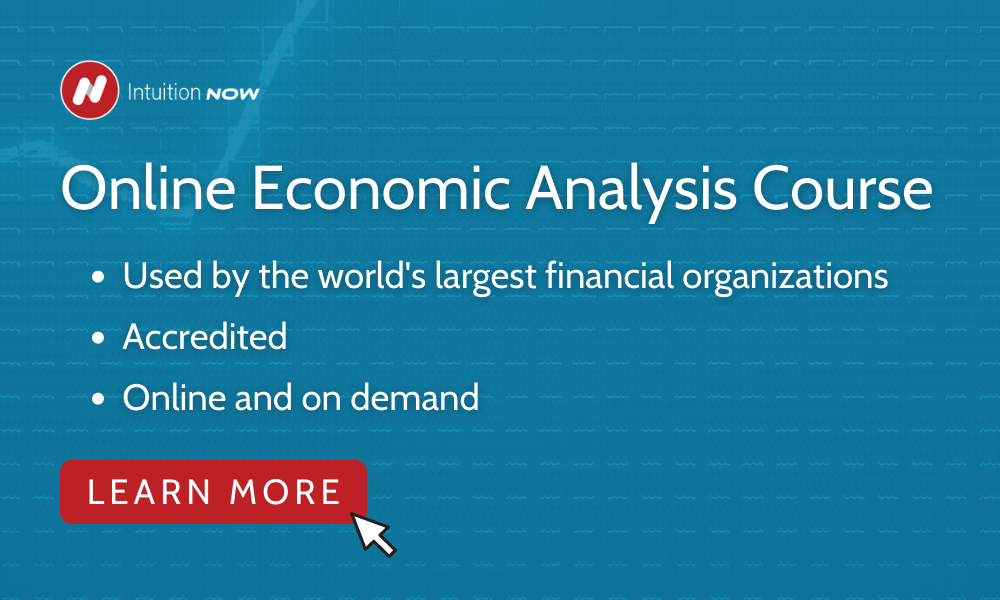 Economies do not grow in a smooth, linear way.

Instead, they experience periods of strong growth followed by periods of contraction. These ups and downs are known as business cycles.

Business cycles have a significant impact on households, companies, and financial markets.

When the economy contracts, the adjustment is painful. Workers lose their jobs, incomes fall, businesses close, and markets decline.
Because it is painful, the government may intervene in the economy to try and end the downturn. The government’s actions will also affect financial markets.

Understanding the drivers of the business cycle and how it may affect markets can help investors manage their assets more effectively.

Today, a postage stamp costs 50 cents. A movie ticket costs USD 9 and the average sale price for a new house is USD 390,000.

Things cost more today than they did in the past. Part of this is because products have changed.

For example, today's new homes are bigger than the new homes of the 1980s, they are more energy-efficient, and use safer materials.
However, even products that haven't changed much, such as postage stamps, cost more today than they did in the past.

The primary reason for higher prices today is therefore not changes to particular products.

Rather, there is a general rise in the level of all prices through time. This is known as inflation.

Inflation can be defined as a persistent rise in the general level of prices in an economy. It represents a fall in the purchasing power of that economy's currency. 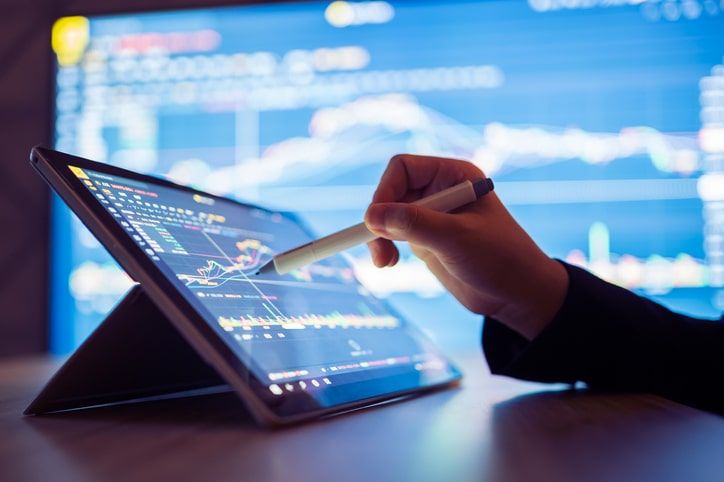 Most households rely on employment as their primary source of income. Unemployment is therefore painful and difficult for those who experience it.

For these reasons, most governments and many of those involved in financial markets seek to monitor and understand unemployment and, in the case of governments, manage its effects.

However, there are several factors that can cause unemployment, and not all unemployment is unhealthy for an economy.

Understanding what drives unemployment and how it impacts markets, households, and the broader economy can help those involved in financial markets to better anticipate and react to changing economic conditions.

Economies do not exist in isolation. Almost every country on earth engages in trade with other countries, sending and receiving flows of goods and capital.

These trade and international financial flows play an important role in the global economy, as well as in the economies of individual countries.

When trade volumes are strong and rising, it is generally a sign of robust global economic health. Similarly, declining trade flows may be a sign of economic weakness.

Each country records its trade and international financial flows in its balance of payments account. The balance of payments is a statement of a particular country's transactions with the rest of the world. It includes all inflows and outflows of goods and capital.

Some nations produce more goods and services than their domestic economy can absorb. They sell these excess products to other countries.

Other nations produce less than their domestic economy demands. They buy excess goods from other countries to meet domestic demand.

Unbalanced trade can, in some circumstances, lead economies into financial crisis. This is because there is a close relationship between the flow of goods and services and the flow of international capital.

A financial crisis that is triggered by trade imbalances is sometimes called a balance of payments crisis. 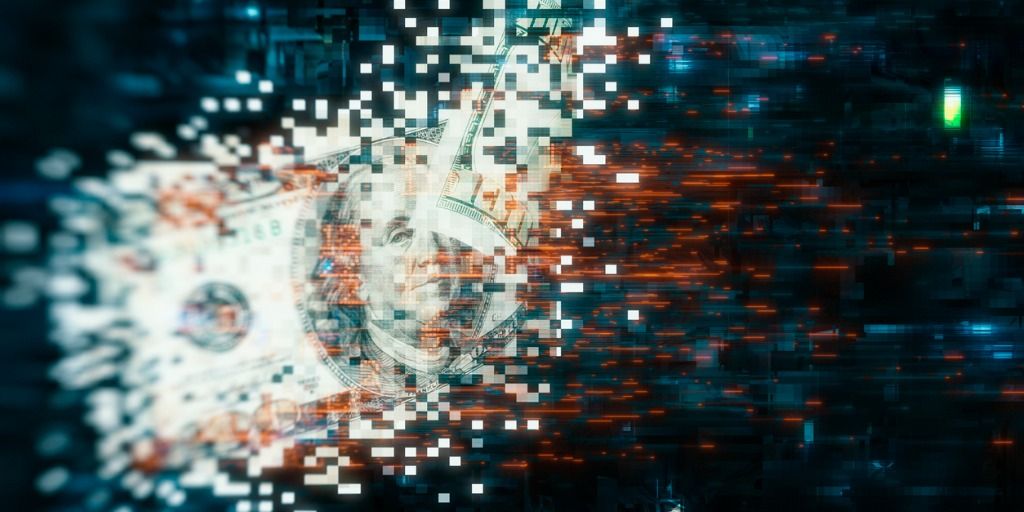 In ancient times, products and services were bought and sold via the barter system – this required both parties to agree on the "type" and "quantity" of products to be exchanged.

Precious metals would later take over as a medium of exchange for goods and services. But while precious metals were a good store of value, they were not easily divisible into small denominations.

Banks would pay savers a percentage return for depositing these paper notes and coins with them.

Given the unlikelihood of every saver simultaneously demanding access to their money, banks would lend all but a small percentage of the money deposited with them.

Central banks were established to provide funding to banks in the event they were unable to meet their customers’ withdrawal requests. Each bank would be required to hold a minimum reserve at the central bank.

Central banks soon found that they could influence economic activity by changing the level of minimum reserves – heralding in one of the earliest forms of monetary policy.

Monetary policy would achieve great prominence during the 1980s when central banks began experimenting with the policy of targeting monetary supply as a response to high inflation caused by the oil crisis.

However, in more recent times, directly controlling nominal money growth has been made more difficult due to factors such as deregulation and global capital mobility.

Further, payment cards and electronic money have resulted in a huge reduction in the ratio of cash to consumption spending and the advent of a "cashless society."

When the economy slows, households often suffer. Unemployment rises, and some families may struggle to meet their basic needs.
Under these circumstances, people often look to the government to mitigate the downturn.

They expect government to take policy actions that boost the economy and increase employment growth.

Governments have a range of policy tools available to help stabilize the economy. They can, for example, use changes in regulation or monetary policy to help boost economic growth.

They may also change their spending and taxation policies with the intention of increasing GDP and raising employment.

Fiscal policy can have a range of effects on the economy. It can stimulate the economy during recessions and help cool it during expansions.

However, fiscal policy is also subject to a number of limitations that may reduce its effectiveness.