The Implications of a Stronger Dollar 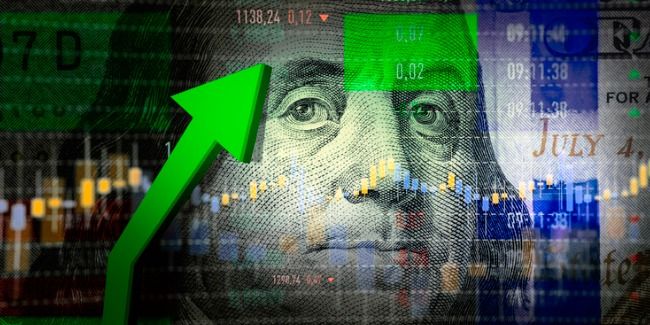 Today (Friday 6th August 2021) while we see increased lockdowns in China, SE Asia and Australia, and while we got very weak German industrial production numbers (-1.3% MoM, -4% YTD) we got a blisteringly strong U.S. employment report which beat expectations on every metric.

The unemployment rate fell a massive 0.5% to 5.4% (this was broad based too as Black unemployment fell 1% to 8.2%). Also, both average work week and average hourly wages beat expectations.

The U.S. has regained 75% of all jobs lost during the pandemic, and we now have record job openings, positions waiting to be filled, with higher wage incentives. All good news.

The financial market’s immediate reaction was to sell bonds (yields higher) and buy the U.S. dollar, as stronger employment data was the final key the U.S. central bank (the Federal Reserve) highlighted before they ‘taper’ (reduce the $120 billion monthly quantitative easing).

It now looks increasingly likely they will announce the ‘taper’ at the September meeting which will likely keep U.S. bond yields and the U.S. dollar both trending higher.

However, a stronger dollar has implications across multiple asset classes.

Firstly, emerging markets suffer as their central banks will be forced to raise rates to support their currencies. Emerging market dollar denominated debt has risen dramatically over the last decade and the BIS (Bank for International Settlements) estimates it to now be 10% of EM GDP (rising from 3.5% during the global financial crisis).

Using data from 21 emerging-market economies between 1990 and 2019, BIS researchers found that an increase of 1 percentage point in the dollar’s value against a basket of currencies led to a 0.3% drop in the growth outlook for those countries.

Nearly all commodities are priced in U.S. dollars (except palm oil) so a rise in the dollar obviously makes them more expensive to non-dollar denominated countries.

With China lockdowns increasing due to increased COVID-19 instances, the recent huge move in commodity priced could see a sharp correction. This would also hurt the Australian dollar, a significant commodity producer, a country who are also currently enforcing lockdowns.

And of course, equities could feel the effects of the rising dollar and higher yields.

These have been in a huge uptrend fueled by central bank quantitative easing, with the Nasdaq rising 123% from its COVID-19 lows in March 2020.

We have the largest long position ever built with record leverage. The S&P 500 Price/Earnings ratio on Trailing Peak GAAP EPS is now at 30.8x, a 99% percentile level, only eclipsed by the December 1999 Nasdaq bubble.

Of course, the market remains in an uptrend until that trend is conclusively broken, but clearly a break below 14,170 in the Nasdaq Composite index would start alarm bells ringing.

Institutional investors have been reducing their positions for several weeks now while retail traders keep adding to longs, many with the belief that the central bank will keep supporting the market (which is clearly not their mandate!).

The biggest risk to the equity market could simply be that people are not aware of any risks at all, that’s recency bias and over confidence in a nutshell.

A strong dollar is not guaranteed, especially with the U.S twin deficits and the coming infrastructure bill, but today’s strong employment data in the U.S. is a sign of resurgent strength for the U.S. economy after a miserable 18 months.

If the recent trend in dollar strength and rising yields does continue it will cause headaches across financial markets.

The central banks continue to walk a tightrope.